Showing posts from June, 2020
Show all

Startups and the Market for Geospatial Data and Remote Sensing

June 26, 2020
The geospatial and remote sensing sector has exploded in the last five years and is poised for even more growth over the next decade. In the initial years, companies in this sector were pretty niche - with customers that were primarily in government and the military. And then, as computing power became cheaper, satellite and drone costs decreased to a fraction of what they used to cost and other uses of remote sensing and spatial data were discovered, the sector exploded with new startups entering the field and larger companies expanding their offerings.   In fact, the market in geospatial data and remote sensing is expected to double from $53 billion in 2019 to $110 -$134 billion by 2025 at an annualized growth rate of ~15%.     It’s a global market, with the United States being the largest player so far with 40% of the market, closely followed by the European Union. The rest of the world is also growing rapidly, with India, China and Argentina being the leading markets in the devel
Post a Comment
Read more

Reopening National Parks During the Pandemic - When Remote Sensing Can Help 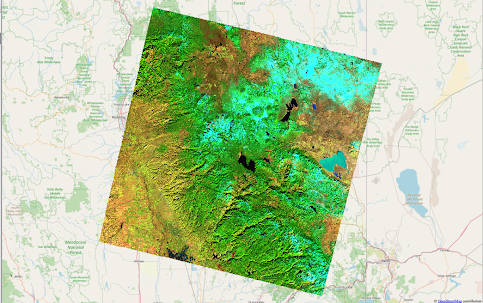 It was great to meet so many folks at our live workshop session on Sunday - there were a lot of questions and we had fun in our hands-on problem - working through identifying the Camp Fire and estimating the damage it caused from remote sensing data.   If you missed it and are curious about remote sensing, you can still sign up for the online course and other courses   here . All the material that we cover in the live workshop, including our hands-on problem, is available in the course.   So today, let’s take a look at some of the latest research on building models from remote sensing data and see how these models can help us navigate the impacts from reopening high-value tourist destinations in the pandemic.   With all the data available from remote sensing hardware, one of biggest questions facing scientists and engineers working in the clean tech sector is - which data source is the most effective in solving the problem? In some cases, the answer jumps out right away - for example
Post a Comment
Read more

June 11, 2020
Did you know that the first photographs of the Earth’s surface were taken during the early Apollo missions as practice for mapping the Moon?     These early photographs provided the stimulus for launching the Landsat satellites in the 1970s - a program that provided the first civilian uses of satellite data - and is still going strong today. In today’s world of commercial satellites ringing the Earth, it seems almost quaint to remember that one of the arguments used most often against the Landsat program was that high-altitude aircraft could do the job just as well.   In fact, the story of how the Landsat program was created and the battles to get it off the ground is fascinating!   Back in the 1960s and 1970s, scientists were familiar with data from weather satellites and the kinds of questions they could answer. But what else could be seen from space? And how useful was it?   So, when the first Landsat satellite was launched on 23rd July 1972, the biggest questions were about the t
Post a Comment
Read more

June 03, 2020
Fun fact - did you know that some of the first non-military applications of  remote sensing  were in  clean technology  ? The Landsat program was started in the 1970s and the data were first used to map land cover, identify crops and other natural resources. Today, of course, we have satellites, drones and UAVs to give us data for many different applications - the question is how do we work with that data? In honor of World Environment Day , we will be hosting a live, hands-on workshop and online course on remote sensing data. If you've ever been curious about what remote sensing is, how the data are acquired and accessed and how to get started analyzing the data, come and join us on   Sunday, June 14th at  11am-12.30pm  Pacific Time. All our workshops use practical problems to understand the concepts - and in this workshop we'll be estimating the impact of wildfires using publicly available data for Camp Fire - the deadliest and most destructive fire that burned in Californi
Post a Comment
Read more
More posts